What is Nano Silver? 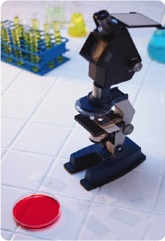 Nanotechnology is a rapidly growing science of producing and utilizing nano-sized particles that measure in nanometers (1nm = 1 billionth of a meter). One nanomaterial that is having an early impact in healthcare product is nano-silver.

Silver has been used for the treatment of medical ailments for over 100 years due to its natural antibacterial and antifungal properties. The nano silver particles typically measure 25nm. They have extremely large relatively surface area, increasing their contact with bacteria or fungi, and vastly improving its bactericidal and fungicidal effectiveness.

Nano Silver can be applied to range of other healthcare products such as dressings for burns, scald, skin donor and recipient sites; acne and cavity wounds; and female hygiene products – panty liners, sanitary towels and pants.

Historical Use of Silver

Even though many people know that Silver has superior antibacterial and antibiotic characteristics, there has been limitation on the application in real life because of darkening at high temperature and high cost. Nanotechnology solved all these two problems at the same time.

Nanotechnology is that of processing the material down to several nano meter range (1nm=10-9mm, 1/10,000 of hair thickness).

Nano Silver will combine with the cell walls of pathogenic bacteria, will then directly get inside the bacteria and quickly combine with sulphydryl (-SH) of oxygenic metabolic enzyme to deactivate them, to block inhalation and metabolism and suffocate the bacteria.

Nowadays, Nano Silver technology is used in coating the surface of electronics, carbons or carbon blocks, textiles, metals, woods, ceramics, glass, papers, mixing to the plastics resin, using in fiber and many others.

The core technology of Nano Silvver is the ability to produce particle as small as possible and to distribute these particle very uniformly. When the nano particles are coated on the surface of any material, the surface area is increasing several million times than the normal silver foil.

The maximized surface enables strong antibacterial effect with small amount of silver. The most important thing in Nano Silver is to control the purity of silver particle. In case 0.01% of Nickel impurity is added to the Nano Silver particle, it is very harmful to human body. Many researchers are focusing on the possibility to be used in conquering the “SUPER BACTERIA” which is threatening human life in the future.

In addition, Nano Silver will not expire. Light, heat and radiations will now affects its healing qualities.