Medical researchers work at the micro- and nano-scales to develop new drug delivery methods, therapeutics and pharmaceuticals. For instance, DNA, our genetic material, is in the 2.5 nanometer range, while red blood cells are approximately 2.5 micrometers.

See “The Scale of Things” for a comparative view of the sizes of commonly known items and nanoscale particles: 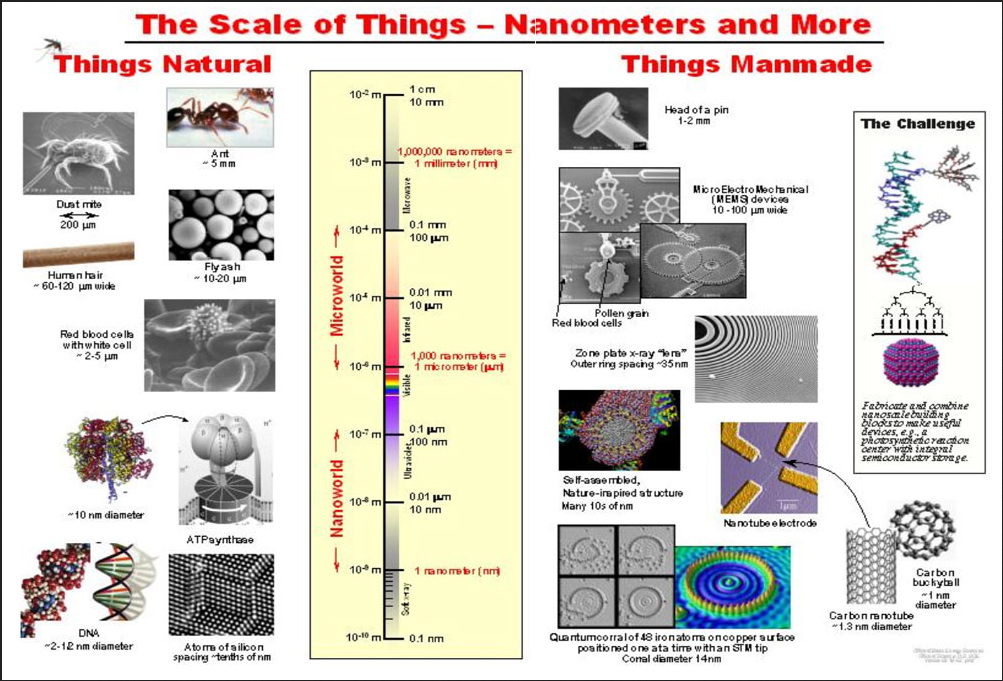 What products available today have resulted from Nano science?

Some other current uses that are already in the marketplace include:

Japan has been investing in nanoscience the 1980s and after the USA is the heaviest nanotechnology R&D spender worldwide, and along with China, South Korea and Taiwan has increased its budget substantially since 2001. Australia is currently formulating a national strategy, but already has considerable infrastructure and funding in place. Thailand, India and Vietnam have also identified nanotechnology as a priority area and are taking steps to implement the proper framework.